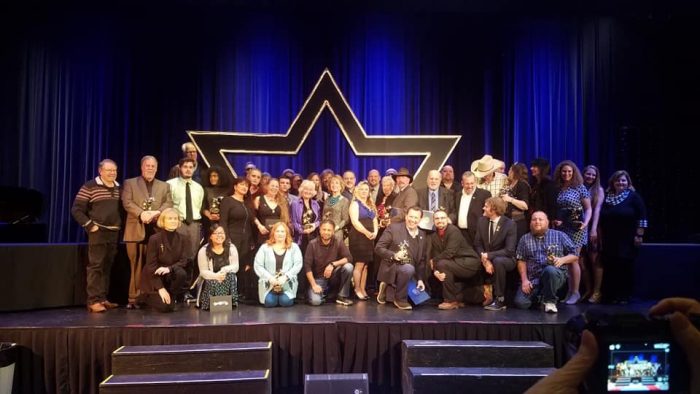 We have the opportunity to work with so many amazing people here in Northern California. From volunteers to community organizers, it’s truly a privilege to have such a fantastic web to rely on as we rebuild and respond to disasters. We’re not the only ones who think so, either. Since 1998, Lake County has hosted an event called Stars of Lake County to recognize the impact that individuals, businesses and organizations have had on this community. Today, we want to recognize some of these nominees who have worked closely with Hope City over the last year and even back to the Valley Fire of 2015.

Bob Cummesky was a firefighter for nearly 50 years before retiring in 2018. When the Valley Fire broke out, he had originally meant to step down from service but found himself driving and responding on Cobb Mountain. Bob has a dry sense of humor and a booming voice that must have come in handy over the years. He was nominated for the Public Safety award, and it’s been a pleasure getting to know him through the years.

Melissa Reece is a Valley Fire survivor who, after the seeing the devastation in her community, decided she wanted to help things recover and thrive. She was hired by Catholic Charities after the Valley Fire, and has worked as a case manager ever since. Melissa does her best to help her clients receive the assistance they need and deserve while also teaching financial classes as a way of helping the community grow. She has such a big heart and was nominated for the Humanitarian of the year award.

Pam and Stephan Wasik live up on Cobb Mountain and their home was rebuilt through Hope City. They’re a terrific couple who grow a wide variety of fruits and veggies on their little plot of land on the side of the mountain. After they lost their home in the Valley Fire, they began looking for ways in which they could help themselves recover emotionally from that loss. They began serving at food distribution centers for those affected by the wildfires and it really made a difference for them, giving back. In 2018 during the summer fires, they jumped into action and volunteered at distribution points handing out food and supplies to evacuees. It’s been so wonderful to see them support their community in this way and we’re so proud of them. Pam and Stephan were nominated for the Volunteer of the Year award.

Hope City works with so many amazing, talented and passionate people. Seeing just a fraction of them be recognized for their efforts is heart warming, and we can’t wait to see what all they continue to do here in Lake County!