Learning From the Past

HomeLearning From the Past 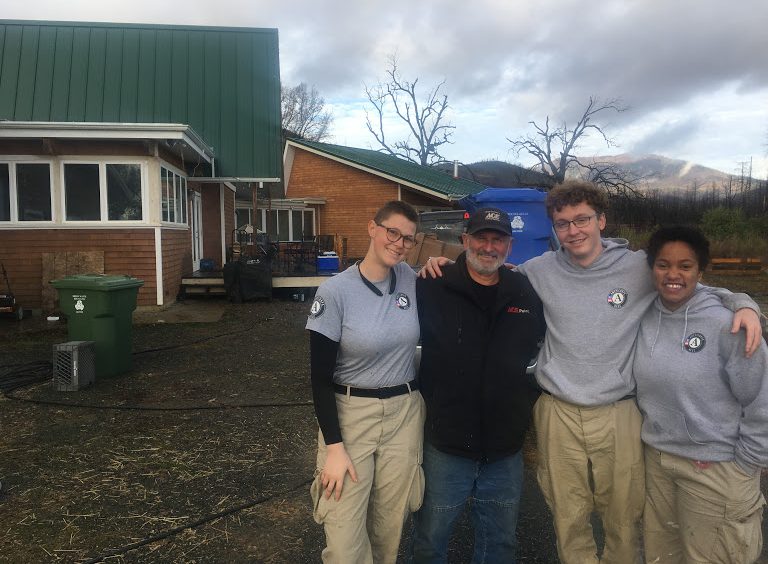 While NCCC Blue 6 stayed with us in Middletown, we thought it would be a fun exercise and an insightful look at the community to have the team’s media representatives conduct an interview and write a short article. The three of them did a magnificent job and we’re proud to present their work here.

“You learn from what’s behind you—you can’t let it drag you down and ruin anything ahead of you.” – Craig Eve

After the Valley fire of 2015, Craig Eve came home to a pile of ash that once belonged to him and his family—a story that too many shared after the disaster had wreaked its havoc. But despite the fact that he is only one of over 1,200 homeowners that had to start from square one, his story is far too significant to be explained by a statistic.

As soon as the danger had passed, Craig headed straight back to Lake County to find that his family home was reduced to nothing. “I wasn’t devastated,” He explained. “I wasn’t down on my knees crying or anything like that. My only thought was: how am I gonna fix this? How am I gonna take care of my family?”

Family is at the very top of Craig’s list of priorities. His couch was much, much lower. Everything he lost was material, and everything that really mattered—his family—was safe. The only thing ahead of him was the next step, and the next step was to start fixing. In his own words, “I lost my house, I gotta do something about it. Whatever it takes to do, I’ll have to do. But it’s a new beginning.”

It’s been a long road for Craig and his family; between waiting a year for a builder’s permit, living in a couple of RVs on his property, and building his new home from scratch, he’s had his hands full. And even though all of this came from the literal ashes of disaster, he’s never let it get to him. When asked how his past had changed his life, he said, “Has it changed me? Not really. Because life is like standing in a doorway. Everything behind you—you learn from it. You learn from what’s behind you—you can’t let it drag you down and ruin anything ahead of you.”

Because of Craig’s positive outlook and proactive attitude, his new beginning came easily and continues to blossom as time moves on. He now lives in a beautiful home with his family and works with many volunteers to continue to rebuild his property, always with a smile on his face and another project ahead of him. “Happiness is a way of life, not a goal,” he said. “I have to spend no effort at all to be happy. I just am and I stay that way. So I can’t let what happened in the past change the way I feel.”