The Many Roles of Volunteers

HomeThe Many Roles of Volunteers 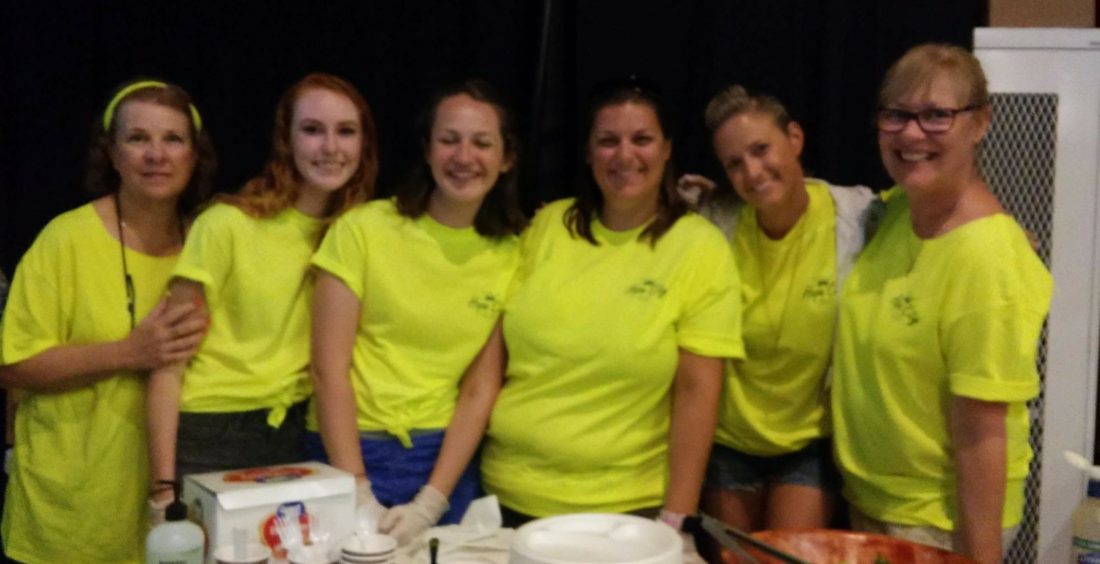 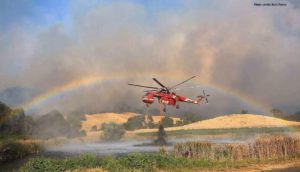 Wildfires have become a constant in the western part of the US. So much so that it can become overwhelming to watch the news and see another disaster strike a community. In Northern California, the Mendocino Complex Fire and the Carr Fire have created a devastating example of what disaster looks like. These fires have lead to several thousands of people being evacuated from their homes. As of this writing, the Carr Fire in Redding has destroyed over 1,000 homes. The Mendocino Complex is the largest fire in state history, burning over 450 square miles, and still burning in the national forest. 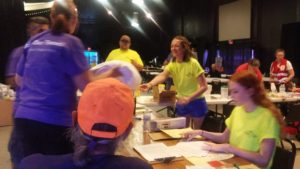 As a result of our history responding to wildfires in Northern California, HCRN was able to jump right in and begin meeting needs that would have otherwise fallen through the cracks. With thousands evacuated, there were four emergency shelters in operation just in Lake County, where our home base is located. Hope City staff and volunteers visited each one daily, finding out what resources the individual shelters were low on, and then delivering the sorely needed items. We were very lucky to have many wonderful volunteer teams from all over the country in camp and working in the shelters. Along with distributing blankets, pillows, and toiletries, they helped with meal service at the shelters and in areas where evacuees were camping. 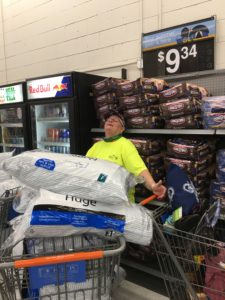 Meeting needs means knowing what people are missing. In the case of a number of evacuees, they drove off with the clothes on their backs. Think through the little things you use everyday, and how many of them are in your car on a regular basis. Hopefully that illustrates how easily someone would be ill prepared for an evacuation. Hope City found that the most needed items were things like pillows and pillowcases, hand lotion, underwear, shirts and shorts, even flip flops. Interestingly, many diapers were donated, but the shelters found they had a shortage diapers in larger sizes.

One of the toughest challenges the shelters found themselves trying to solve was what to do with all the animals. The shelters became home to more than just human evacuees. Many people brought their dogs and cats to the shelters, leading to a pet lovers paradise, but a challenge for housing in tight quarters. The evacuees made the best of the situation, and hunkered down with their furry friends and family.

Our staff, of course, were not the only ones responding to emergency needs. While our staff and volunteers were focusing on meeting the needs of evacuees and the shelters they were staying at, we also helped other emergency responders. We housed the Salvation Army staff at our dorm during the height of the fires. They prepared food and distributed meals for over a week. The Red Cross was also responding to the fires, and our dorm showers were available to them during the length of their response. Feeling clean means a lot after long days and smoky skies. 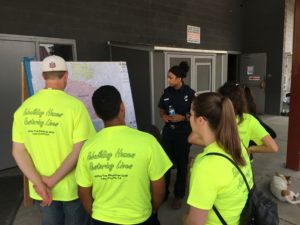 A disaster creates new and challenging situations for many, but that’s why Hope City takes each need and emergency as it comes. We offer solutions and opportunities to make a difference in someone’s life, by restoring a little bit of normalcy to what could easily be an unmanageable time for individuals trying to navigate disaster alone. We know how to respond when disaster strikes, however, we need your support in serving disaster survivors. There are two main ways to support us: 1) Sign up a volunteer team to come serve and 2) Donate financially so that we might continue to serve those affected by fires in Northern California.