Stay On the Plus Side

HomeStay On the Plus Side 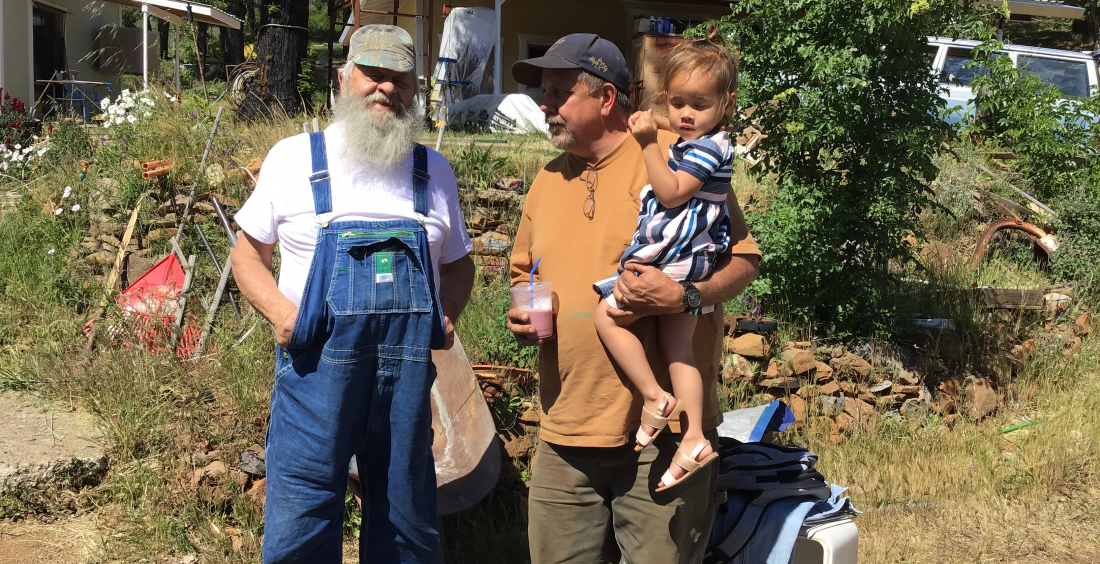 HCRN first came to Lake County after the Valley Fire that nearly destroyed the whole of Middletown. In the time since we arrived, we’ve been able to meet and assist some amazing people. Today we want to showcase some of the homeowners we’re working with on their journey back home: Jerry and Martha Hotchkiss.

The Hotchkiss’s moved up to the Middletown area after having kids and living in Los Angeles. “Living in town is close quarters and it’s nice to get a little freedom,” Jerry said. The city felt cramped and Jerry was a union member working on geothermal energy as a steam fitter. They decided living in the country would be a nice change of pace, and Jerry had the opportunity to work in the North Bay Area. They raised their kids and enjoyed their wide open property with plenty of space for dirt bikes and hiking and all the wonderful things that come with living in this gorgeous part of the country.

When the Valley Fire began, Jerry and Martha saw smoke over the hill. “Surely the planes will get out, put it out before anything happens,” Jerry thought. The wind began to pick up and a wall of fire was on it’s way toward their home. “It was coming at us 100ft tall, [Martha] and I jumped in the car, grabbed the dog,” and they headed to Middletown high school with only the clothes on their back. Martha said, “When we left, the wind was so bad it was picking things up. It was so frightening. It sounded like a jet engine. We just got out of dodge.” The news at the high school somehow made things even worse. The evacuees watched as the hills burned and everyone was evacuated down to Calistoga. They were told, “We figure it will burn the town down.”

But it didn’t. The fire crews were able to save the main thoroughfare in Middletown. There was a starting point to even think about rebuilding. The community began coming together and finding ways of helping each other through the tragedy. Most importantly, people began to rebuild. Jerry and Martha have been in charge of their build and working with the volunteers of Hope City. Jerry said, “It’s rough, but I’m trying to stay on the plus side, that we’ve met so many good people. Doing this rebuild has just been phenomenal.” Jerry has received so many pieces for his home from his neighbors, including countertops and cabinets.

HCRN and our project, Hope City, pride ourselves on the impact our volunteers have in this community and in every other community we’re currently rebuilding. We asked Jerry about our volunteers and he loves working with them. “They’re hard workers and they didn’t stop. They didn’t take a break!” I was so shocked they worked so hard and it made me wanna go hard too.” The Hotchkiss’s are on their way back home and it wouldn’t be possible without the help of our volunteers and the love of Christ they bring with them to these rebuilds.

If you would like to be a part of Rebuilding Homes, and Restoring lives, contact our volunteer coordinator, Travis Cox, at [email protected] or call at 574-333-7728.